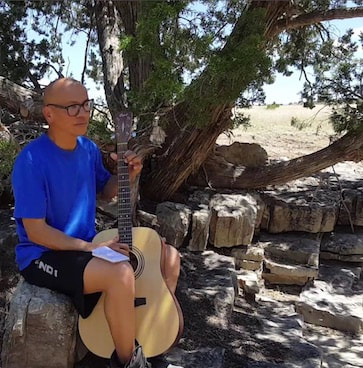 As a startup it's just me covering all the bases. Hey but when's the last time you got to have the CEO tend to your project as a developer?

My work the past years, my work has been focused on Android for 12 years and iOS for 8 years. Previously well over ten years on Java, JSP, PHP, C, C++, and Cold Fusion server-side development. Over twenty years scripting databases MySQL, Oracle, SQL Server, and SQLite. I've earned a BSEE from the University of New Mexico and have programmed computers since a wee age of 11.

WorklyPro Inspirations
​The creation of WorklyPro was inspired by my son working landscaping with a friend and seeing how the costs of advertising on Craigslist at $5 ($150 per in 30 days) simply to repost to the top of list in Tucson, AZ in 2018 in addition to advertising on a local newspaper at $200 per month on a contract for a crushing total of $350 per month. The costs of other available services such as Angies List, Home Advisor, and Thumbtack remained far too high above the target pennies I was wanting to pay.

Another inspiration came from two friends visiting my farm and wanting to find work - in the middle of clear farm acre lands about the small town of Rye, Colorado. It was painfully clear, no media existed to announce availability to work within reasonable costs and the two friends, both young adult males primed for hard work abandoned the farm to return to Arizona.

The cost of advertising coupled with my having remained unemployed the entire year of 2018 and 2019 unable to find a remote Android/Kotlin or iOS/Swift position. One hope is that WorklyPro will help do away with the awkwardness of attaining a programming position such as a flight travel for an in-person interview, coding tests, awaiting a hiring decision.
OofDeals Inspirations
Short of offering services another way to earn monies is to sell items. Here again no media existed to announce items to sell within reasonable costs. A reasonably studied graduating business major will be quick to categorize a business as having products and or services available. The creation of OofDeals is the product counterpart of WorklyPro services.
Other Ventures
​Two previous creations were the failed KneeAir Chair Kickstarter project for long hours of sitting I have actually used an entire decade to code apps and a successful Vegan Turmeric Sauce Kickstarter project. I am now coding a music app for kids to learn to play music named SevenlySpace for the iPad coded in Swift in addition to a math tutoring app named Mathimage for Android.